Creating the Foundation of Feeling Loved and Safe

The greatest gift a parent can give a child is the core belief of feeling unconditionally loved.

The Origin of Faulty Beliefs

Looking back, was your childhood carefree, playful and filled with joy and happy memories? Were your school days some of the happiest days of your life? Even though those are the stereotypes of childhood, the reality is often something vastly different … and may leave us emotionally scarred for life.

For me, my childhood was challenging, even though my parents both seemed loving towards me. One might say that my family was your average dysfunctional family. Basically my parents were good people who were struggling with their own emotional pain and were loving me, their only child, the best way they knew how to. They would readily sacrifice their own wants so that I did not go without things I really needed.

Dad worked hard in the company he started from scratch. He drank equally as hard as an escape from Mum’s wrath about his drinking and coming home late most nights. I was always in bed by then, but was woken up by the incessant shouting and arguing. It would go on for seemingly hours. At the weekends Dad escaped to his ‘man cave’ to talk to people around the world on his ham radio equipment, rather than talk to his wife. Mum used me as the pawn in the middle and the power piece against Dad. I felt abandoned and unloved by him.

Both my parents were in their second marriage at a time when divorce was uncommon, especially for the son of a pious Anglican minister. They felt duty-bound to stick together, even though they despised each other. Over and over Mum would tell me that they were only together because of me. What a painful load for any child to bear, believing that I was somehow guilty or to blame for my parents’ distress! Little did Mum or I realize how damaging those repeated comments were to my subconscious mind. I was inadvertently programmed to believe that I was somehow defective or not good enough. This played out for many years as an adult … and required many years of self-healing.

I know I am not alone in this kind of scenario, repeated many times over in countries around the world. Perhaps the problem stems from learned dysfunctional coping strategies of the parents perpetuated down through the generations that lead to a child’s belief structure being based largely on fear, lack of confidence or a feeling of rejection or inadequacy. It may be something as simple as a parent blurting out words in frustration to their child after a hard day’s work such as, “How could you be so stupid?” (‘Stupid’ is a loaded word that can be especially damaging to a child’s self-esteem and confidence, compounding a belief they are not unconditionally loved.)

How Faulty Beliefs may Affect Behaviour

So let’s have a look at how a these faulty subconscious beliefs might play out in a child’s behaviour. All of the following have an anxiety base as the child does not feel subconsciously loved, lovable or safe:

Moreover, if the child’s core subconscious beliefs remain about not being loved, lovable or safe, then they will carry these through to adulthood and make poor life choices based on these faulty beliefs. These may include selecting poor quality partners, struggling financially due to feelings of low self-worth, choosing low-paying jobs and failure to challenge themselves with further education.

As a therapist in private practice for over 20 years, I have seen the common thread repeatedly that as the layers of emotional turmoil are peeled back there is a core underlying (and usually totally subconscious) fear-based belief of being unloved and unlovable. This bears no relationship to the actual circumstances in which a person was raised, which may indeed have been in a loving household. In my training I learned that a whopping 85% of people suffer from low self-esteem!

Did you know that most of our beliefs and behaviour patterns are locked in place in the subconscious mind before age five? Pretty scary really when you consider that most adults are still operating by default with a young child’s beliefs! Surely we must be able to change the programming? How hard can it be?

Wouldn’t it be wonderful to be able to correct any faulty beliefs in the subconscious mind of being unloved and unlovable – and therefore feeling unsafe in the world — as early as possible in a person’s life so they don’t have to endure a disempowered life of suffering later on, feeling somehow not good enough or worthy enough? Just imagine: therapists’ rooms would be empty!

Luckily, if you have had hypnotherapy as an adult or mind-body energy work or any other therapy that works at the subconscious or soul level, then you may have already found that these faulty subconscious beliefs can be dismantled and replaced with new positive, high self-esteem beliefs.

Of course for children, especially those under10, hypnotherapy is not suitable as it requires the person to be able to concentrate and focus on what is being said. You probably already know how challenging it can be to keep a young child quiet and still!

There is, however, a drug-free, non-invasive and totally safe option that works brilliantly to correct a child’s faulty beliefs and a whole lot more. It has been used successfully around the world over the last 40 years and is called SleepTalk®. This two minute strategy parents use with children up to the age of around 16 is an auto-suggestion technique to speak directly with the subconscious mind while their child sleeps. The Goulding SleepTalk® process, which incorporates the ‘Top Hat’ technique, allows the subconscious mind of a child to redefine its belief structure and accept alternate suggestions, which upon awakening become their truth and reality. Not all children need this process but it’s a given that they will all benefit from it.

In my role as an Accredited Goulding SleepTalk® practitioner, I have been fascinated to see the number of times I have been training a parent in how to correctly say the SleepTalk® Foundation Statements about being loved and lovable when the parent has burst into tears upon hearing these words back for themselves. Their own inner child is hearing the words that they are loved and lovable, maybe for the first time ever!

I am so passionate about this work that it is now the focus of my therapy work rather than working with adults in their 30s, 40s and 50s ‘mopping up the long-term damage’ caused by faulty beliefs absorbed in their early childhood years. Working with children through SleepTalk® creates a firm foundation of subconscious beliefs of being loved, lovable and safe, leading to high self-esteem and emotional resilience … for life! Imagine what it could mean for your child or grandchild … or even you niece or nephew … or your friend’s child…

SleepTalk® is the greatest gift any parent can give a child to establish the child’s core subconscious belief of being unconditionally loved … for life!

Michelle Mayur is an Accredited Goulding SleepTalk® Consultant and an Amazon #1 Bestselling Author of Embraced by the Divine – The Emerging Woman’s Gateway to Power, Passion and Purpose. As a mother of two, Michelle is passionate about building strong self-esteem and resilience in all children to create a firm and loving foundation for life.
Since 1995, Michelle has been running her successful private practice, Angel Wings Healing, in Melbourne, Australia, and works with clients globally. She has been interviewed on numerous radio shows and telesummits, such as You Can Heal, and Soul 2 Soul. A life-long learner, Michelle has a Science degree majoring in Psychology, as well as diplomas in Clinical Hypnotherapy, Psychotherapy and qualifications in Counseling and in Disability. She is also a Reiki Master. After a transformational near-death experience in 1994 on the tiny equatorial island of Nauru, Michelle made a commitment to devote her life to helping others through her healing work. Some of her professional highlights to date have included designing and facilitating several Spiritual Egypt Tours in such sacred locations as the Kings Chamber of the Great Pyramid and between the Paws of the Sphinx. She has also run overseas healing retreats.
Michelle’s loves – apart from her writing and healing work – are her two children, animal activism, spending time in nature, travel anywhere and everywhere, gardening and her pets. Every day she makes her meditation, spiritual practice and connection to nature a priority.

The Secret To Stop The Frustration

The Power of No

Change your outlook – Mindfulness as a gift, not a chore

A True Story of Unconditional Love

How to Become a Creative Power in This World

A Key Thing is Missing in Most Self Help Advice, and it’s Simple

The Power of No 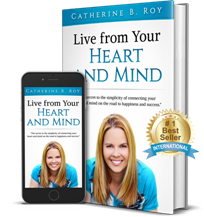 Live from Your Heart and Mind

Available at These Retailers: 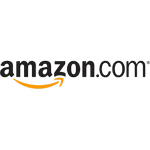 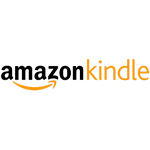 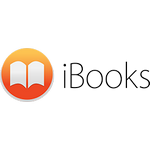 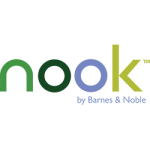 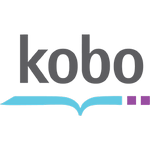 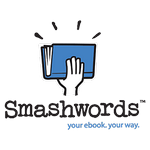 We use cookies on our site to give you the best experience possible. By continuing to browse the site, you agree to this use. For more information on how we use cookies, see our Privacy Policy.